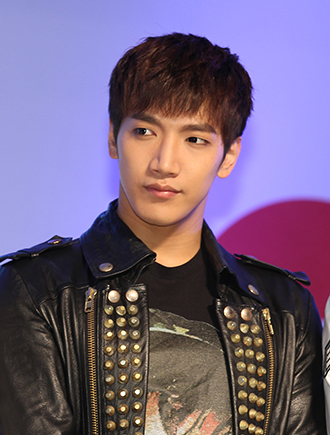 2PM’s Jun-su, now also known as Min-jun offstage and Jun.K while performing, dished the dirt on his band’s love life on Sunday.

While on tvN’s new show “The Romantic & Idol,” Jun.K said that “it’s been years” since he had a girlfriend.

Because of the dry spell, his band members have urged him to “seriously date someone.”

Jun.K said that everyone in the K-pop group was single, but then he quickly retracted the statement: “Oh wait, one person is in a relationship,” he said.

He didn’t give out any more details but had the studio in stitches by adding candidly, “People behind the camera are telling me to stop talking.”

After the cable show went to air, netizens began playing the guessing game, trying to work out who may be the taken member.

The subject was one of the most-searched on various portal Web sites yesterday.

On the same day as Jun.K’s slip, JYP announced that Nichkhun will return to the spotlight after a DUI in July.