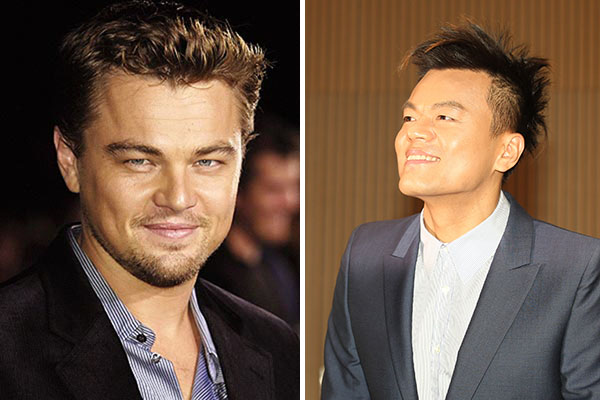 
Park Jin-young showed that even he gets starstruck when the Hollywood heartthrob visited his upscale Korean restaurant and lounge in Manhattan.
Park who is an active SNS user said, “DiCaprio was at Kristalbelli lounge. Wish he came later so we could see if we do look a like cuz I'm there from Wed :)” via Twitter.

Although he must have been joking about looking like the superstar, Park did upload as evidence an article taken from US Weekly in which DiCaprio was mentioned for booking out the whole second level of Park’s restaurant.

The fancy restaurant in the heart of New York has had its stream of famous visitors since it opened in March.
In August, fashion designer Betsey Johnson celebrated her birthday there and Park uploaded a picture with her.
By Carla Sunwoo [carlasunwoo@joongang.co.kr]