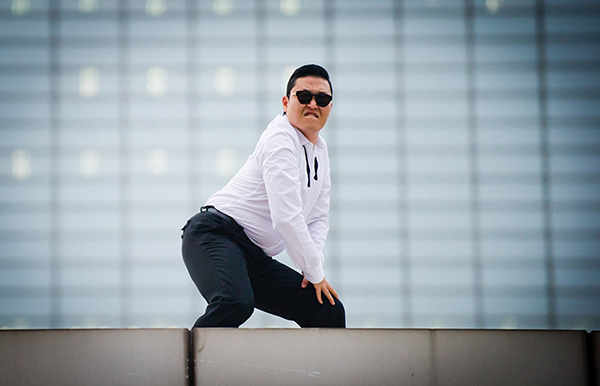 
It came as little surprise when paparazzi honed in on Psy after he was awarded Best Music Video at this year’s MTV European Music Awards on Sunday in Frankfurt.

The Korean rapper was visibly moved by the honor made for “Gangnam Style” and asked for a minute while on stage, referring to himself as “a rookie.”

With David Hasselhoff there to present the award, Psy began his speech by thanking MTV, saying it was “all too much.”

In addition to expressing his gratitude to fans worldwide, the 34-year-old thanked his family, who “lives with such a selfish job, with a selfish guy.” He also thanked “the lady who decided to marry [him] six years ago.”

In Psy’s signature style, he then shouted “thank you” in Korean in front of the European fans.

Just last week, Psy was awarded by Guinness World Records for amassing the most number of “likes” on YouTube.

The video for “Gangnam Style” has been viewed more than 700 million times to date.