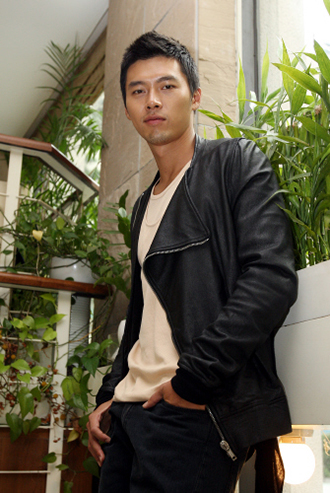 Hyun’s supervisor in the Marine Corps was interviewed on a Web site and as well as divulging his sentiments toward his fellow soldier, said the rumor was ludicrous because “he’s not seeing anyone.”

The supervisor said that when he first saw the entertainer, he “froze and then felt butterflies.”

In regard to the allegations that Tang and Hyun met up in April, the military man said that couldn’t be true “because he never took extra breaks. After Christmas, he stayed put for five months, although he had leave days he could use.”

Last week, media reported Tang bought land worth 1.3 billion won ($1.1 million) in Bundang, Gyeonggi. It is rare for a non-Korean entertainer to buy property in Korea, so many wondered if she was seeing someone.

Because Hyun and Tang filmed “Late Autumn” two years ago, many assumed they might be dating.