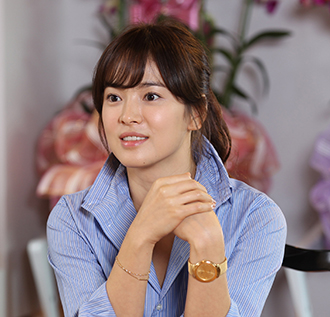 Hallyu actress Song Hye-gyo has again joined forces with Prof. Seo Kyung-duk to install a touch screen player at the Museum of Fine Arts in Boston.

Song paid for the project, while Seo contributed his expertise.

The video is in the Arts of Korea Gallery, and sponsors hope it will help foreigners better understand the ceramics production process.

The Boston museum draws more than one million visitors a year and is one of the American galleries with the most Asian art.

In regard to her contribution, Song’s agency said, “As she travels extensively for work, she’s becoming more aware of the importance of imparting Korean culture abroad.”