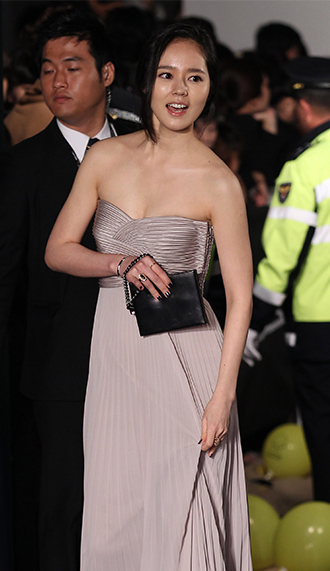 While in Singapore for the “Korean Festival 2012,” actress Han Ga-in took some time off to talk to Razor TV and opened up about having kids, her feelings for her husband Yeon Jung-hoon as well as G-Dragon.

“We got married when I was really young and so there’s never been this need to have kids right away,” said Han who has been married for seven years.
“I am open to possibilities but there’s no rush.”

When the time does come eventually, Han said she would want a boy “like my husband while he wants a girl like me.”
The couple has known each other some 10 years now and Han said that she was thankful to her husband for sticking by her.
“He’s my best friend and the only one who can calm me down,” she said.

As well as love for her husband Han admitted that she was a big fan of G-Dragon.
“It’s quite embarrassing because media blows it out of proportion but I am a fan,” said Han who had admitted before of having pictures of the singer on her phone. She said that her husband was also a fan of the fashionable K-pop star.