Yoo Jae-seok is the ‘most difficult to interview’

Yoo Jae-seok is the ‘most difficult to interview’ 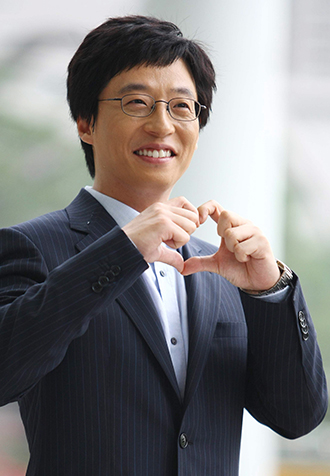 In a survey complied by entertainment journalists, comedian Yoo Jae-seok was picked as the “most difficult star to interview,” owing to his busy schedule.

On an episode of “Brave Talk” on Channel E to air on Nov. 15, reporters talked about their experiences in tracking down busy entertainers.

One reporter told a tale of where he had to wait on the set of “1 Night, 2 Days” to talk to Yoo, while another said that they waited three years for an exclusive interview with actress Go So-young.

But for the most part, all journalists agreed that Yoo was the most-wanted interviewee, but also the most difficult to get a hold of.

Others who were too busy to talk were Hallyu actor Bae Yong-joon and comedian Kang Ho-dong.