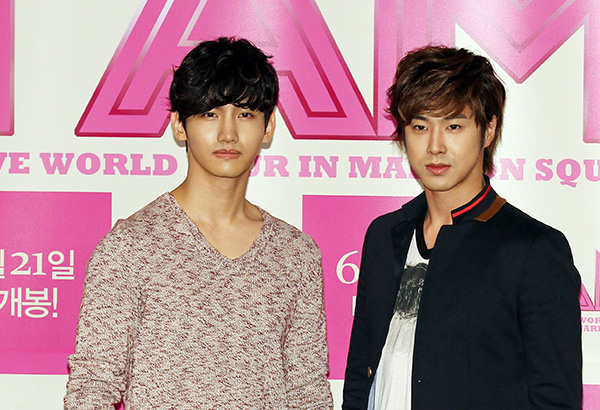 
TVXQ will become the first Korean artist to set out on a “dome” tour in Japan next year. SM Entertainment announced yesterday that from April 27, starting at Saitama Super Arena, the duo will play at Tokyo Dome, Osaka’s Kyocera Dome, Fukuoka’s Yahoo Japan Dome, Sapporo Dome and Nagoya Dome.

According to the famed K-pop agency, such an itinerary is a first for a Korean artist and the only foreign acts to do it have been Bon Jovi in 2003, the Eagles in 2004 and Billy Joel in 2006.

“Any concert hall with a ‘dome’ in it is a place where only the best get to stand. This proves just how big TVXQ is in Japan,” said a spokesperson from SM.

Changmin and Yunho are stoked at the prospect of taking on the big venues. “It’s a dream come true,” they said.

This year, the band’s Japanese tour drew 550,000 fans. Last weekend, the group kicked off its “Catch Me” tour in Korea.

The tickets for the Seoul shows were snapped up by fans within three minutes of going on sale last month.