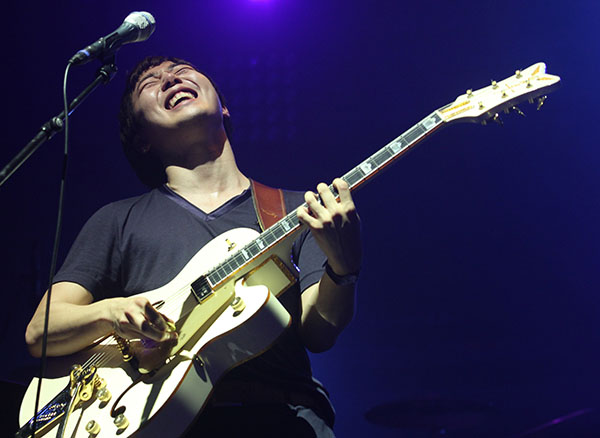 
Busker Busker’s frontman Jang Bum-joon had admitted that he is indeed in a relationship.
The news broke after an internet news Web site uploaded pictures of the couple walking around.
“I do have a girlfriend whom I’ve been dating for over a year,” Jang confirmed with the news outlet.

The singer said he never intended it to be a secret and that the two enjoyed casual dates like other ordinary couples.
However he did add that he’d appreciate media not asking him for questions about who she was “because she’s not a public figure.”
However, just as he said that, it was found that the girlfriend was actually a newbie actress named Song Ji-soo. Although relatively unknown, her agency confirmed that she was the woman in the pictures with Jang.

Busker Busker was the runner-up in the third season of the audition program “Superstar K” and the trio’s debut album “Cherry Blossom Ending” did very well on the charts.
In May, the band’s drummer Brad Moore also announced that he married his long-term girlfriend.
By Carla Sunwoo [carlasunwoo@joongang.co.kr]