‘Jeon Woo Chi’ proves to be a success on first run

‘Jeon Woo Chi’ proves to be a success on first run 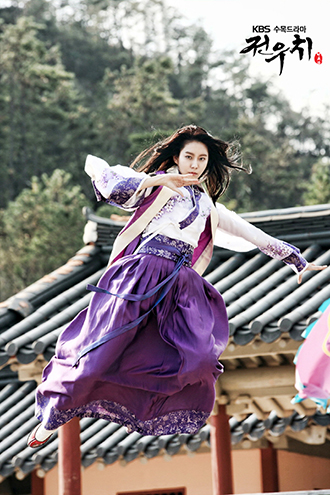 The new KBS2 midweek drama “Jeon Woo Chi” is proving to be a hit after just one episode.

On Nov. 21, the debut episode secured ratings of 14.9 percent, making it the No. 1 program in its time slot.

The new drama stars Cha Tae-hyun as well as After School’s Uee and is a fantasy folktale set during the Joseon Dynasty (1392-1910).

In 2009, a film adaptation of the myth starring Kang Don-won and Im Soo-jung was a big hit at the Korean box office.