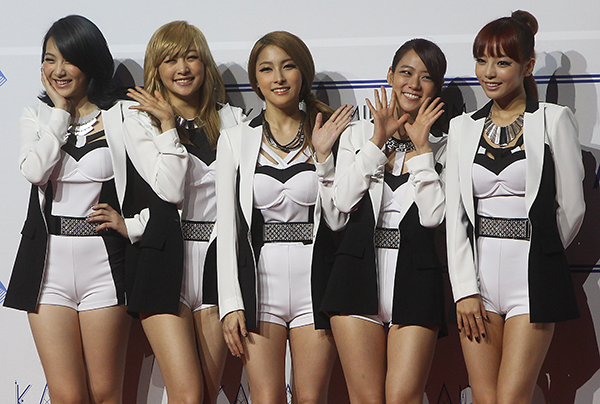 
KARA will be awarded the “best dressed” award at next year’s International Jewelry Tokyo trade show to take place Jan. 23. The fair is the biggest jewelry exhibition in Japan.

The girl group has become the fourth consecutive Hallyu star to be given the award.

IJT announced on Nov. 27 that the girl group has triumphed in the female awards category. The award for the best dressed male will go to Olympic gold medalist gymnast Uchimura Kohei.

Girls’ Generation was the winner at the last ceremony, and Lee Byung-hun and Won Bin have also been selected in the past.