Psy running for Time’s “Person of the Year”

Psy running for Time’s “Person of the Year” 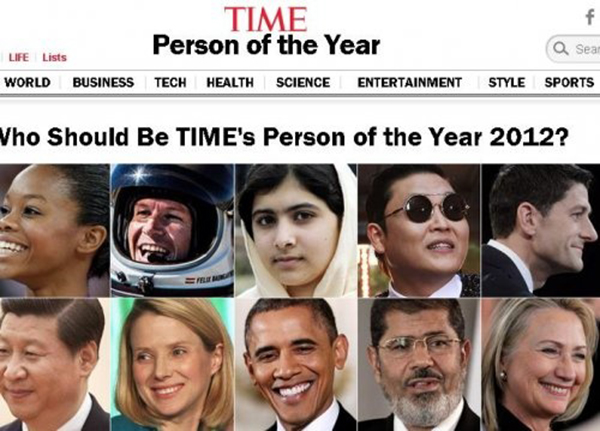 Others who have been nominated are U.S. President Barack Obama, North Korean leader Kim Jung-un, Hillary Clinton and many more.
An online poll on the magazine’s Web site showed that Psy was the sixth-most popular candidate as voted by netizens.

While Time editors will also make their selection, voters’ choice will also be revealed.