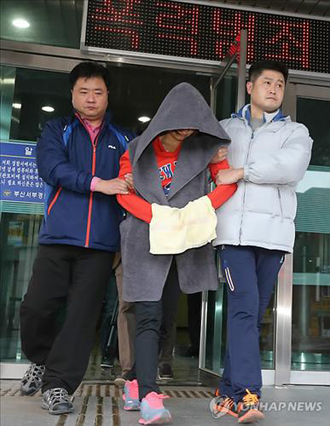 Police said Friday they have detained a woman on suspicion of murdering her four-year-old son and abandoning his body at a reservoir near her home in Gimhae near Busan.

The 37-year-old suspect, identified only by her surname Choi, allegedly beat her son to death last Friday, out of anger when he had asked to meet her dad, police said. She then allegedly put the body in a black bag and left it at a reservoir in the southeastern city of Changwon.

Choi is currently undergoing divorce proceedings, according to sources at the police.

After the body was discovered on Tuesday, police conducted an autopsy and determined the exact cause of death as a cerebral hemorrhage.

As police widened their investigation, Choi called the police to turn herself in, officials said. She was apprehended around 1:15 p.m on Friday in the southern port city of Busan.

Police said they will further investigate her exact motives and whether she also previously abused the victim.