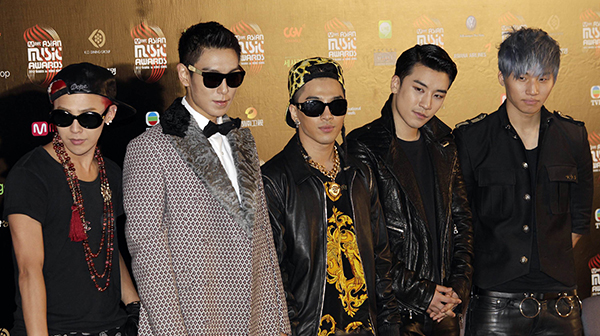 
Big Bang proved to be the ratings winner over Psy during the 2012 Mnet Asian Music Awards in Hong Kong on Friday, where each bagged four awards.

TNmS, a for-profit television rating agency, yesterday released a minute-by-minute rundown on the rating during the televised music awards ceremony held at the Hong Kong Convention and Exhibition Centre.

The rating peaked at 7.35 percent when Big Bang won the Artist of the Year award.

Psy rode on the success of “Gangnam Style” to awards for Song of the Year, Best Solo Dance Performance, International Favorite Artist and Best Music Video.

Another boy group, Super Junior, came in third with three awards including the Best Global Group, Best Line and Album of the Year.