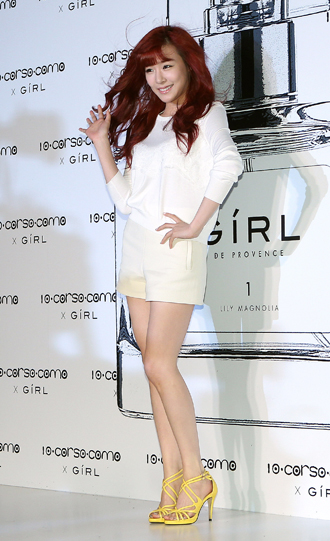 After launching its own brand of perfume earlier in the year, Girls’ Generation has also launched a line of scented candles in collaboration with the fashion magazine 1st Look.

At a pop-up store located in CGV theater in Cheongdam-dong, southern Seoul, three types of scented candles bearing the band’s name will be sold until the end of December.

The candles were produced by one of the leading Noses (or perfumer), Gerard Anthony.