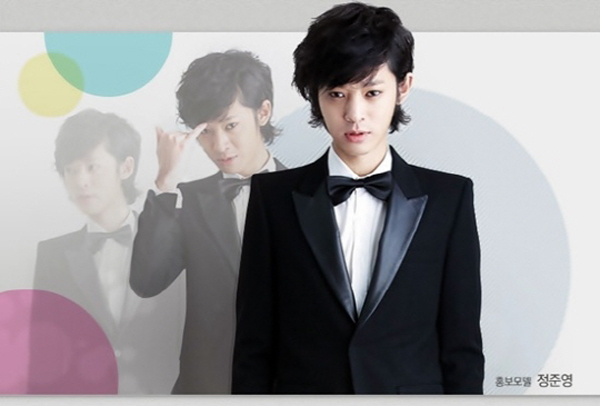 A cosmetic surgery clinic has recruited the help of Jung Joon-young, a top contestant from “Super Star K4.”

The clinic featured a picture of the singer on its Web site with the caption “Publicity Model” and went on to advertise its business with “Jung Joon-yong’s Recommendations.”

According to Ilgan Sports, Jung was snapped up straight after he was eliminated from the singing-survival show.

Since his elimination, everyone has been wondering about Jung’s next career move. Due to his model good looks, the public assumed he would be modeling, but not exactly for the cosmetic surgery industry.

As he revealed on a TV show recently that he owned two houses, one of them in Gangnam, netizens were quick to ask: “He doesn’t need the money, so why is he promoting plastic surgery?”