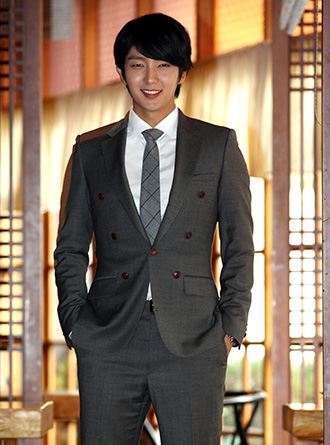 Hallyu heartthrob Lee Joon-gi had his Japanese fans in a frenzy after kicking off his fan meet tour yesterday.

Starting in Nagoya, Lee will make his way to Osaka today and then to Yokohama on Monday.

The event titled “JG with you in Japan” was planned to commemorate the year’s end.

Lee put a lot of time and energy into the fan meet, preparing new songs and dance moves for the event. According to his agency, Lee practiced up to 10 hours daily for the tour.

“He just wanted to say thanks to the fans who have shown their love and support for him throughout the year,” said a spokesperson from IMX Entertainment.

This is Lee’s second and final Japanese tour for the year. After being discharged from the Army, Lee held his “Coming Back” tour in March, during which more than 18,000 Japanese fans welcomed him back.

Last month, Lee spent time in Switzerland to shoot a pictorial book. He wanted to thank his fans for their support while he was filming “Arang and the Magistrate” and decided to take part in the photo book project.