Yunho to star in ‘King of the Beast’

Yunho to star in ‘King of the Beast’ 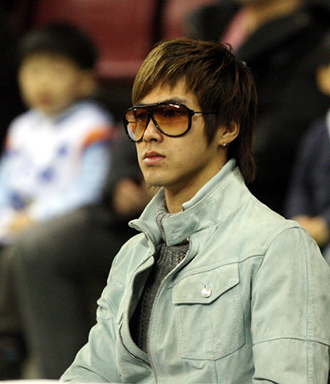 TVXQ’s Yunho has been cast in next year’s highly anticipated drama “King of the Beast” with Soo Ae and Kwon Sang-woo.

In the drama, Yunho will play the role of Baek Do-hoon, an heir to a major corporation who plays ice hockey and wins over the lead, played by Soo, with his charisma.

Based on the work by cartoonist Park In-kwon, the TV show tells the tale of a woman born into poverty who will let nothing stand in the way of her dream of becoming the first lady.

Soo plays the ambitious female character, while Hallyu actor Kwon is cast as the hopeless romantic who is devoted to Soo.

Kwon’s agency said it was an easy decision for the star to take part as he also starred in “Daemul,” another work of the famed cartoonist.

After making his debut as the leader of TVXQ in 2003, Yunho has taken on a variety of roles in the entertainment industry.