Hyun Bin tears up after discharge

Hyun Bin tears up after discharge 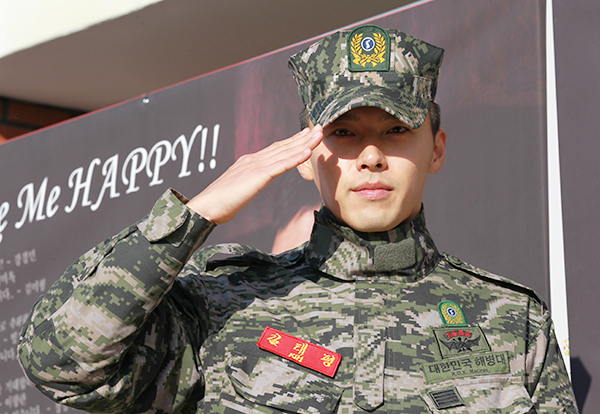 
At long last, Hyun Bin was discharged from his mandatory military service yesterday.

Despite the mercury dipping below zero and piles of snow, fans and press flocked down to Hwaseong in Gyeonggi to welcome back their favorite star after his time out of the spotlight.

Well wishers were not disappointed as the entertainer who served for 22 months in the Marine Corps. thanked them, bowed and shed a few tears.

After thanking everyone for turning up, the 30-year-old heartthrob said, “Twenty-one months ago I promised I’d come back as a stronger person, and after my time in the Marine Corps, I think I can say that promise has been fulfilled.”

Hyun went on to thank the fans for their continuous support despite his absence.

Furthermore, he made it clear that he’d get right back into acting by saying how much he missed it.

“I really wanted to act,” said Hyun as his eyes welled up. I promise to repay the love and support by becoming a better actor.”