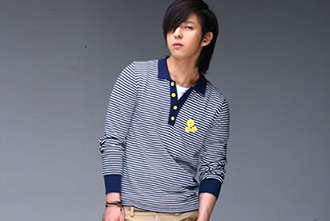 Super Junior’s Kim Ki-bum has been cast as one of the leads in the Chinese drama “Demi-gods and Semi-devils.”

The drama is an adaptation of a book by Chinese novelist Jin Yong and is a period piece about the eight races of non-human entities in Buddhist cosmology collectively known in Chinese as the “Tian Long Ba Bu.”

It was first serialized from 1963 to 1966 in newspapers in Hong Kong and Singapore. The novel has since spawned several adaptations in film and television in both mainland China and Hong Kong.

Kim will play the role of good natured crown prince Duan Yu of Dali, who escapes from the palace because he doesn’t want to be trained to fight.

Kim, who is in China for filming, said that he was looking forward to working on the project.

“It’s such an honor to be involved in such a great project. I’m a bit nervous as it’s my first Chinese work but will give it my best.