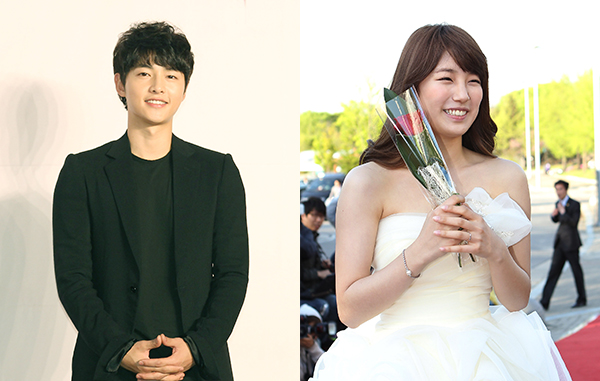 
Actor Song Joong-ki and Miss A’s Suzy are the No. 1 celebrities with whom the public would most like to spend Christmas, according to a survey.

Some 500 clients of the famous cosmetic surgery clinic Grand Plastic Surgery were asked the question, and Song was picked as the male celebrity and Suzy the female.

Song received 37 percent of the vote, while entertainers Lee Seung-gi (22 percent) and Hyun Bin (18 percent) came in second and third out of the guys.

Song’s triumph was attributed to his roles in this year’s hit movie “A Werewolf Boy” and the drama “Innocent Man.”

Suzy’s appeal dates back to her playing the role of a young Han Ga-in in this year’s melodrama blockbuster “Architecture 101.”

Song’s latest movie, in which he plays a werewolf boy, is currently No. 4 at the box office.