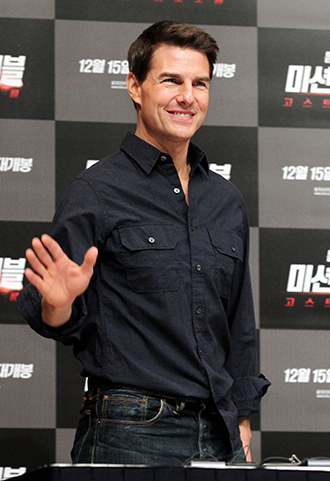 Hollywood star Tom Cruise will make his sixth visit to Korea in January.
Cruise will be in town to promote his upcoming film “Jack Reacher” and will be accompanied by co-star Rosamund Pike and the film’s director Christopher McQuarrie.

The movie is about a homicide investigator who probes a case involving a trained military sniper who shot five random victims.

Meanwhile Cruise was last in the country in December 2011 to promote “Mission Impossible: Ghost Protocol.”
To date, he has made the most number of visits to Korea out of all Hollywood entertainers.