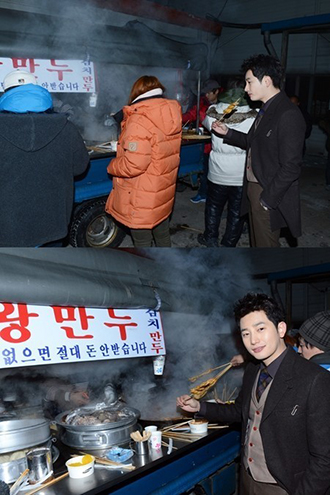 Every workplace should have an employee like Park Si-hoo.

To show his appreciation of the staff working on the set of his drama “Cheongdam-dong Alice,” the Hallyu actor has shouted 100 staff members to roadside snacks served from the back of trucks, such as spicy rice cakes, seafood sticks and dumplings.

An employee who was treated to the feast organized by Park said that everyone was touched by the gesture and that the snack break came as a nice surprise in the blistering cold.

Just a few days ago, Park appeared on “Healing Camp” and spoke about his humble beginning as an underwear model.