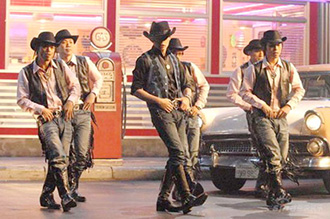 At a press conference to promote his latest movie, “Rooftop” in Beijing, the 33-year-old singer said Psy’s dance uses moves from his 2007 song “Cowboy is Very Busy.” Although he did add that “Gangnam Style” was “very comical,” he said the work was not original.

Although the music video of Chou’s past hit does have comical elements that resemble the absurdity conjured up by Psy’s, the dance moves do not actually bear any resemblance.

In response to Chou’s claim, various Chinese media are asserting that there is a need to put the focus back on Chinese entertainment and not just Hallyu.

In other Psy news, “Gangnam Style” plummeted down to 11th on the Billboard Chart yesterday.

Despite losing his grip on the U.S. music chart, Psy is still as big as ever, having recently performed for the Obamas at this year’s Christmas in Washington fund-raiser concert.