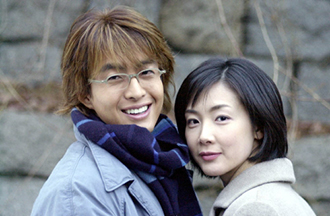 To mark its 10th anniversary, the drama “Winter Sonata” will hold a fan meet next year in Japan.

The showcase will take place Feb. 8 at Tokyo International Forum Hall, according to the show’s Web site. More than 5,000 fans will be treated to a meet-and-greet event over two sessions.

Those who worked on the theme song and the soundtrack will also participate in the fan meet.

It is not known whether leads Bae Yong-joon and Choi Ji-woo will make an appearance.

Since 2002, the drama featuring Bae and Choi has come to represent K-dramas worldwide. It was a big hit in Japan, and Japanese tourists still make the pilgrimage to Korea’s Nami Island, where it was shot.

In September, the Ministry of Culture, Sports and Tourism said the KBS program was among those chosen to help foreigners learn Korean on the ministry Web site.