Song Joong-ki celebrity of the year

Song Joong-ki celebrity of the year 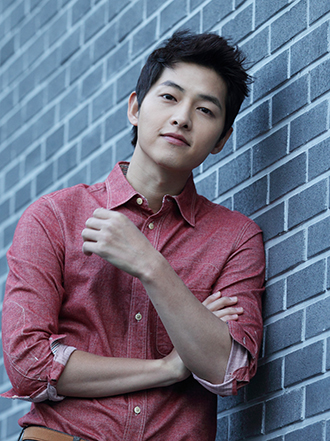 Song Joong-ki, who has solidified his status as a rising silver screen star with the hit movie “Werewolf Boy,” was named by KBS as the male celebrity of the year.

The country’s biggest television network announced the top five competitors in the category through KBS 2TV’s “Sympathy Generation” on Saturday.

Kim Soo-hyun, a lead actor from rival network MBC’s hit drama “The Moon that Embraces the Sun,” competed with Song for the title, KBS said.

Since being released on Oct. 31, “Werewolf Boy” has already become one of the country’s most successful films, drawing in more than seven million viewers through yesterday, according to the Korean Film Council. That number also includes the tickets for an alternate ending version of the film, which was released on Dec. 6.

The 27-year-old dashing actor also starred in the 2012 KBS drama “Innocent Man,” in which he played medical school student Kang Ma-ru, who wants to take revenge on a television reporter and former girlfriend who left him to marry a rich CEO.