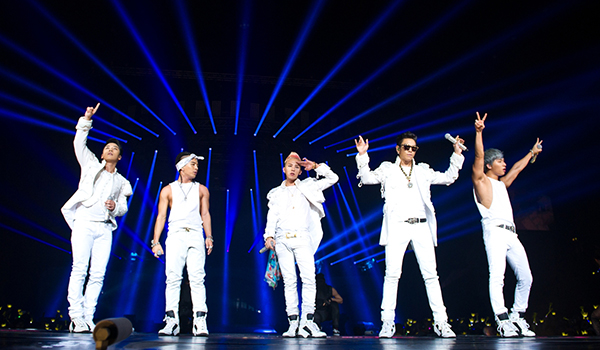 
Big Bang successfully wrapped up its London stint over the weekend, with 24,000 fans attending concerts on Friday and Saturday, according to YG Entertainment.

Just one show was originally planned, but with demand for tickets surging, the agency penciled in Saturday’s concert.

The show at Wembley Arena set a new record for the largest crowd gathered to see a Korean act in England.

It wasn’t just those from United Kingdom who went to the concert. According to the agency, fans from France, Germany, Italy and Spain all descended on London to see the K-pop act.

The Guardian reviewed the gig and gave it four out of five stars, calling the show a “fabulous spectacle” and saying that compared to Western pop acts, the “edges are crisper, the sound louder, the dancing sharper.”

The “Alive Galaxy Tour,” which kicked off in Shanghai in July, has also made stops in Indonesia, Taiwan, the Philippines, Malaysia and the Americas.

The show will conclude next month in Seoul from Jan. 25 to 27.