Yunho talks about his past heartache

Yunho talks about his past heartache 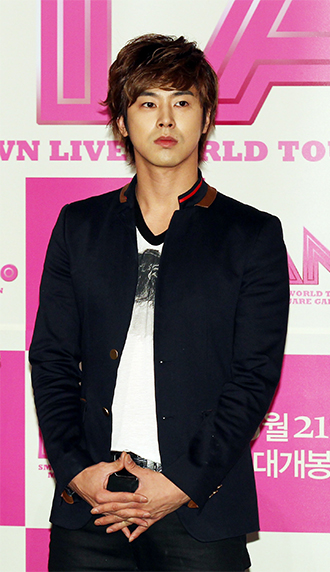 While on Mnet’s “Beatles Code 2,” TVXQ’s Yunho talked about a rough breakup from his past. During a taping of the show yesterday, the member of the popular K-pop duo, who has previously kept tight-lipped about his love life, talked about a time he was dumped.

To accompany the song “With Me” by Whee Sung, Yunho told a tale of a breakup in 2004. The boy band member said that he had a huge fight on the street with his then girlfriend and listened to the song by Whee to console himself.

As he got busier after TVXQ took off, Yunho’s girlfriend broke up with him saying that he wasn’t putting the relationship first.

When the host Shindong of Super Junior probed Yunho about his dating style, the 26-year-old said he was “cool on the outside but sensitive on the inside.”

Previously, Yunho has refrained from talking about his love life on TV, saying that he preferred to keep it private and that even if he were in a relationship, he’d never say so in public. Earlier last month, there were rumors he was dating actress Go Ara.