Lee Byung-hun gets award for style

Lee Byung-hun gets award for style 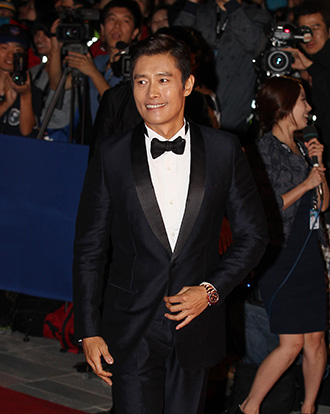 Actor Lee Byung-hun was honored with the style award at this year’s A-Awards, which took place on Tuesday night in Yeouido, western Seoul.

Lee thanked the awards show for the honor and urged audience members to vote in yesterday’s presidential election.

“It’s not because I starred in ‘Gwanghae,’ but honestly it’s so important to pick a great leader for the country,” Lee said.

He added that he was very surprised by the style award.

“At first I thought I’d get the fashion or creativity award,” Lee said.

Lee won a number of awards this year for his role as a Joseon king, Gwanghae.

The A-Awards show recognizes intellectual and creative men in their line of profession and is co-hosted by Audi Korea and the men’s publication Arena.

The 42-year-old Lee was also named Star of the Year at the CineAsia Awards in Hong Kong last week.