Girls’ Generation is just a tease

Girls’ Generation is just a tease 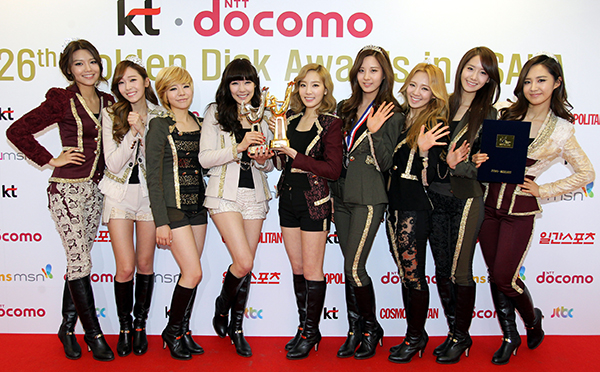 
After announcing last week that a new album will be released next year, Girls’ Generation has set fans wild by unveiling a teaser image.

Netizens were in a frenzy, guessing a big announcement would surface on the mentioned date and time.

The mystery image came out a week after it was announced that a fourth album is on the way. The release expected next month will be the first since “The Boys” 14 months ago.

“We are up to the stage of deciding on a title track,” said a spokesperson from the agency. “In terms of an exact release date, we don’t know.”

According to a few music industry insiders, the band had originally planned to launch its fourth album in November, but was delayed.

Although not active as a nine-member group, Taeyeon, Tiffany and Seohyun have been in the spotlight this year, releasing the single “Twinkle” in April.