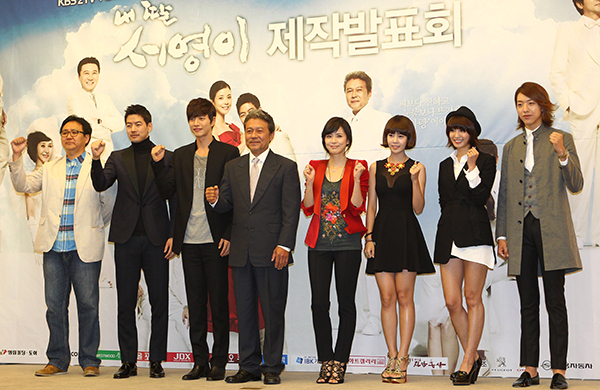 The No. 1 drama for the year, “My Daughter Seoyoung,” will air two more episodes.

According to a spokesperson from KBS, the cast and crew are in talks and “anything between eight to 20 additional episodes are possible.”

The show, which began airing in September, is currently the most-watched drama with viewers’ ratings in the 30 percent range.

The news comes just days after it was revealed that cast members were unhappy with the network’s management.

According to Enews 24 on Dec. 18, some 30 union actors took to the drama’s set in Pungnap-dong, southern Seoul, from 8 a.m. to settle overdue payments due from the network.

The union members and KBS2 couldn’t settle on an agreement after the actors claimed that they were owed some 1.3 billion won ($1.2 million).