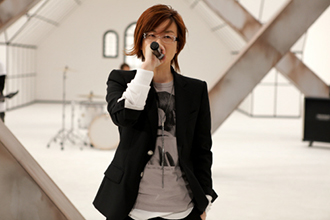 “Seotaiji & 20” contains 17 tracks picked by Seo and one additional interactive iTunes LP, which is a sort of photo collection of Seo and his artworks.

The album was designed by Seo with his global fans in mind, and orders from 11 nations have been coming in since Dec. 4.

The 40-year-old singer will soon start promoting the album via YouTube clips.

Last month, the artist dubbed the founding father of K-pop also launched a Web site dedicated to his feats and hit songs over the years with illustrations by Seo himself.

Back in May, Seo also released plastic figurines of himself for fans and collectors. The “Taiji Brick” series had eight little dolls of Seo clad in his most memorable outfits from his first album to his eighth.

Apparently, it took three years for the project to be completed due to its intricate details, such as the ever-changing style of glasses worn by Seo.
By Carla Sunwoo