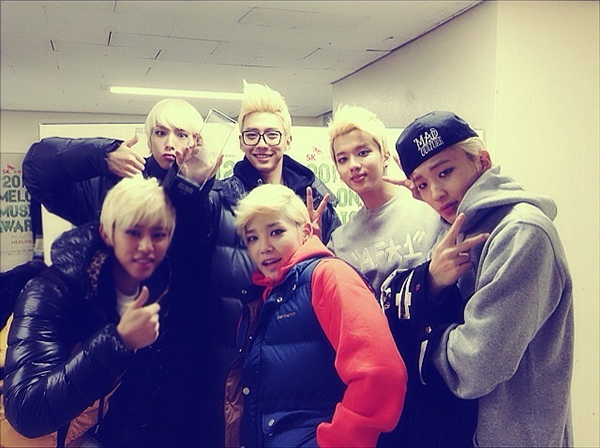 
Boy band B.A.P won the Best New Male Artist award at this year’s Remarkable Awards in Germany. The award show in its third year recognizes the finest of the K-pop industry based on voting by German fans.

The newbie band has also secured the top five spots on the K-pop chart in Germany.

Earlier this month, the group was presented with the Best Male Artist and Best Choreography trophies at the So-Loved Awards, a K-pop appreciation organization of European fans. More than 170,000 fans voted for the group.

As well as winning over Europe in its debut year, the platinum blond boy band also has gained quite a following at home. On Dec. 14, it took home the Best New Male Artist at the 2012 Melon Music Awards, hosted by one of the biggest music download sites in the country.

On the commercial front, the group was snapped up by Nike Korea recently to promote basketball shoes. To mark the 30th year since the line’s launch, the world’s leading sports and fashion brand has picked the K-pop group to represent its Air Force 1 shoes.