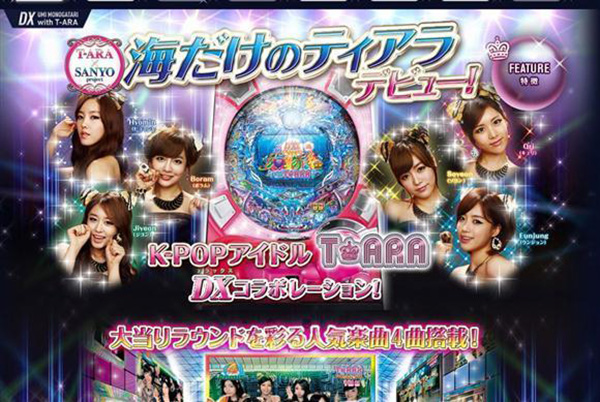 Just one week after claiming that the girl group would never use its celebrity status to cash in on alcohol advertisements, T-ara has been featured in a pachinko ad that surfaced online.

The ad was taken from a Japanese gaming Web site. The Hallyu group can be seen in various cute poses to lure gamers to use the Japanese equivalent of slot machines.

Core Contents Media said that although the group did take part in the ad, it was different from promoting alcohol in Korea because “pachinko is not really seen as gambling in Japan.”

The agency said that the group was just one of many Hallyu stars to shoot these ads and that the game itself was like an arcade game.

You have to understand Japanese culture to know that it’s very different than promoting soju in Korea, the agency said.