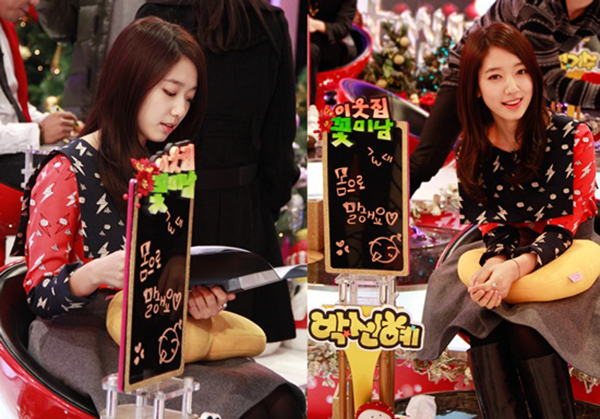 
Park Shin-hye revealed that unlike many of her counterparts, she didn’t frequent cosmetic surgery clinics.

While on SBS’s “Mighty Heart” which aired on Christmas, the 22-year-old actress, who is also the face of a cosmetics brand, said that she took a no-frills approach to skin care.

“I only go to skin care clinics if I break out, and I’ve never been to a cosmetic surgery,” said Park, who said she hated getting facial treatments because of the pain.

“One time I was in a car crash and had to go to the hospital because my ear was cut,” said Park, who added that she had her first laser procedure done and thought it was enough.