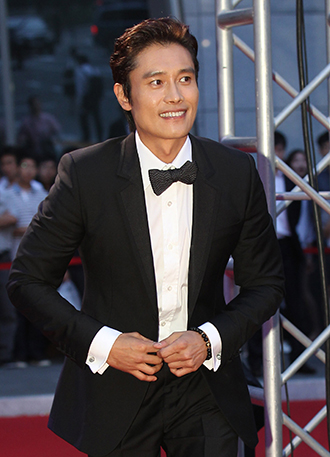 Director Kim Ki-duk and actor Lee Byung-hun will be one of the few candidates to take home high achievement awards at this year’s Korea Film Actors Association ceremony.

The event to take place today at the Lotte Hotel in Sogong-dong, central Seoul, will recognize the feats of some of the best performing actors and personnel over the last year.

Along with Kim and Lee, actors Cho Min-soo and Lee Jung-jin from Kim’s gory masterpiece “Pieta” will be up for awards.

The film’s success abroad - winning best film at the 2012 Venice Film Festival - will be acknowledged at the awards ceremony.

Ahn Sung-ki will also be handed an award for becoming one of the first Koreans, along with Lee Byung-hun, to leave their handprints on the Hollywood Walk of Fame in June.

Various entertainers, committee members and industry heavyweights will be in attendance.