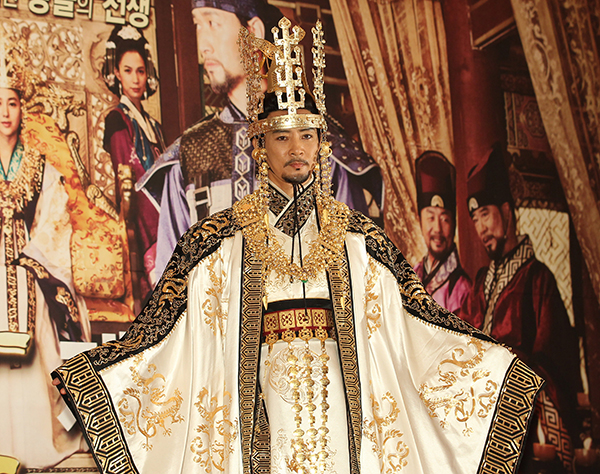 
Choi Soo-jong has again hurt himself while filming the KBS period drama “A King’s Dream.”

His agency SnH Entertainment announced that the 50-year-old was shooting a riding scene in North Gyeongsang when the horse slipped on an icy road.

Choi fell down hard and injured his hands and shoulders. He was taken to a hospital nearby immediately.

“To get a thorough checkup, he will check into a hospital in Seoul,” the agency said.

Choi hurt himself in a similar manner back in October when he fell off a horse and injured his right shoulder.

The drama’s original female lead Park Joo-mi was also in a car crash as soon as the show began airing. She was travelling on the highway when her vehicle collided with a 25-ton truck.

Although she seemed OK at the time, a detailed examination showed she had some internal damage.

The network tried at first to put the show on hold to give her time to recover. After four weeks, she was replaced by Hong Eun-hee.