Seo Taiji may settle back home

Seo Taiji may settle back home 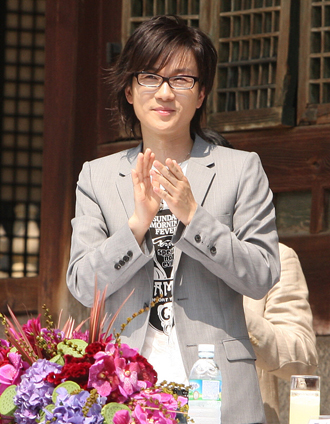 Ahead of Christmas, Seo Taiji had fans’ hearts fluttering with a mention of returning home.

Through his official fan Web site, Seo said that that he was excited at the thought of returning to Korea and living in his new home. The artist currently spends most of his time in the United States.

“I’ll come to settle back in Korea and at last become a good son to my parents,” said Seo, without giving more details.

He also mentioned that he was sorry for not fulfilling a pledge he made 20 years ago when he said he’d treat his fans to coffee when he reached his 20th anniversary in the industry.

Amidst playful banter about living through “Doomsday,” which was supposed to come in 2012, Seo treated fans to a picture of himself looking at a herd of buffalos to thank fans for the “follows.”

Meanwhile, Seo is set to host a five-hour gig on Dec. 27 at a club in Cheongdam-dong, southern Seoul.