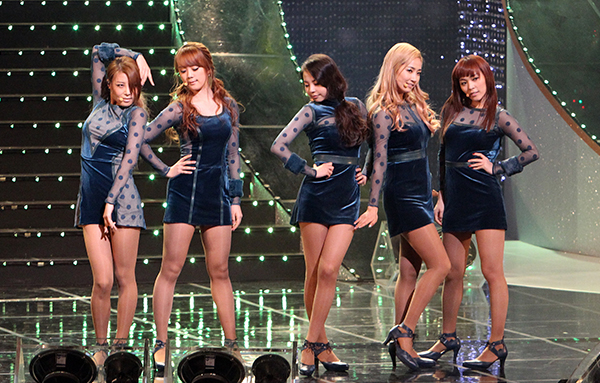 
Wonder Girls took to the stage as a group for the last time in a while over the weekend.

The group took part in recording New Year’s Eve shows for China’s CCTV on Saturday and Sunday, with its agency adding that the group had no further official schedule.

The performances were no doubt special for the five members as it was the last time that they performed as all single girls.

On Jan. 26, Sunye will get married, the first of the members to do so.

As the 23-year-old had expressed her desire to devote herself to her family for a while following the nuptials, it’s unknown when the group will reform as a whole unit.

“For now, the girls will take to their solo careers, whether it be acting or singing,” said a spokesperson from JYP Entertainment.

With the leader of the band married off, Yeeun will try her luck by starring in the musical “The Three Musketeers” in February.