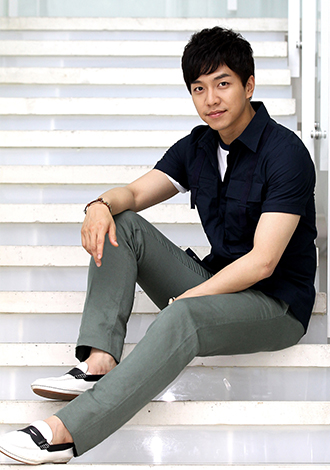 Lee Seung-gi has proved that he is truly the “all-around entertainer” as he is known to be in Korea.

With his title track “Return” from his latest album “Breathe” he has managed to stay on top of Billboard’s K-pop chart for the sixth consecutive week. The single was released on Nov. 22 and has maintained its lead since.

No other K-pop artist has managed to stay on top of the chart for as long as the 25-year-old Lee.

As it stands, Girls’ Generation’s song “Dancing Queen” from its new album is in second while “You are Attractive” by sibling band Akdong Musician is third.

Of late, the U.S.-based music publication has been taking notice of K-pop.

In addition to extensive coverage of Psy, the magazine also ranked singer IU 18th on its annual “21 Under 21” list.

Meanwhile, Lee’s album is also getting props for the singer’s attempt at breaking away from his trademark ballads.