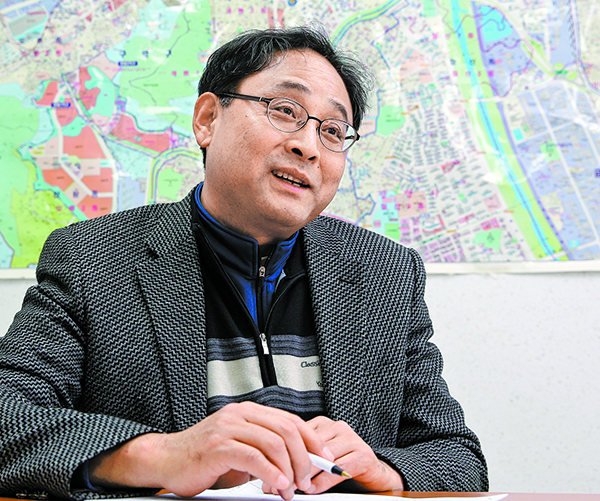 “When you devote yourself to cases as you treat your own family matters, you will begin to see what you couldn’t before. You will see a missing part of the puzzle when you stand at the same eye level as the family of a missing person and become part of the loss.”

Seo, a 57-year veteran policeman, recently received an award from the Seoul Metropolitan Police Agency in recognition of his excellence in tracking down missing persons.

He became a police officer in 1989 and joined Guro police’s missing persons investigation unit in 2009. While the unit is considered a sinecure post throughout the police community, Seo broke that prejudice and gripped the country last year: He successfully helped two women reunite with their families after 40 years of separation.

Seo investigated the case of 55-year-old Kim Sun-geum, who was forced to separate from her family when she was 8 years old by her neighbor in Taebaek, Gangwon.

After searching documents across police precincts nationwide, Seo traveled down to the southern part of the Korean Peninsula in Bonghwa County, North Gyeongsang, on his weekend off and eventually found Kim’s mother in October.

When Kim eventually reunited with her mother and her sisters for the first time in 46 years, she wept and called for her mother in a trembling voice, according to Seo.

When Kim’s story was reported in the media in November last year, a 55-year-old woman surnamed Lee came to meet Seo after reading the story.

Lee had pleaded that Seo help find her uncle’s family in Gangwon, who looked after her as an orphan when she was 11 years old. Seo made Lee’s wish come true.

Now Seo gets three to four phone calls every day asking him to find missing parents.

Seo devotes most of his time in finding runaway teenagers.

“Running away from home isn’t a crime,” Seo said. “Runaway teenager cases are missing person case but you have to interact with them with a true heart.”

Seo recalls a case of 16-year-old girl surnamed Song who had gone missing in February 2011.

He managed to locate Song after questioning her friends but learned Song’s case wasn’t a simple missing persons claim.

“Her hands and feet were tied to a barbell and she was beaten by her father,” Seo said. “That wasn’t a runaway case. It was an escape.”

Song wrapped up the case by booking Song’s father on charges of violating the law in March 2011.

She managed to graduate middle school this year.

Seo has five years before his retirement.

“Investigating missing persons cases is a blessing for me,” he said. “And it’s my job as well.”