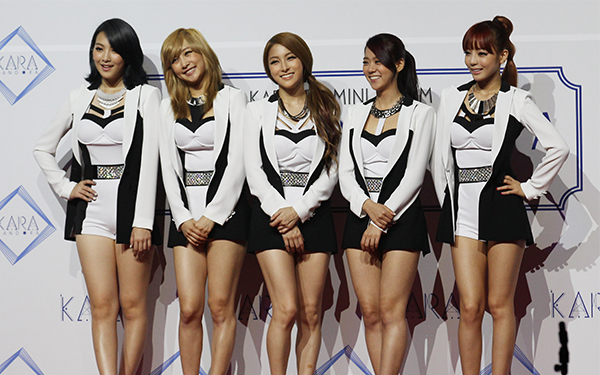 
KARA had its dreams come true just six days into the new year.

On Sunday night, the Hallyu girl group performed at the Tokyo Dome, seen by many as the dream stage for K-pop and J-pop stars alike.

The show was a success with more than 45,000 fans turning up for the concert that sold out within five minutes of tickets going on sale last month.

The only girl groups to have performed at the Tokyo Dome of late are Japanese bands AKB48 and Perfume.

Gyuri expressed her sentiment leading up to the show at a press conference. “We have received a tremendous amount of love from Japanese fans,” she said. “We have been praised a lot and all that makes us want to be more humble.” As the show came to an end, members all shed tears in gratitude for the fans.

The Hallyu group made its debut in Japan just over two years ago.

Early last year, KARA performed for some 130,000 fans throughout Japan on its “Karasia Tour” from April to June.