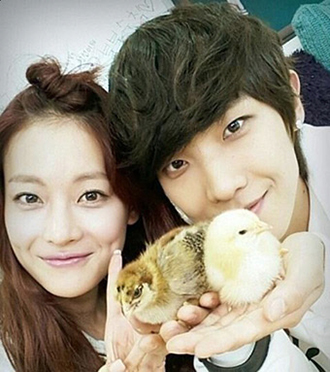 The MBC hit show “We Got Married” has announced its decision to keep couple Oh Yeon-seo and Lee Joon, despite the bombshell dropped last week that Oh was actually seeing actor Lee Jang-woo.

“Oh Yeon-seo and Lee Jang-woo are just close friends and they aren’t actually dating,” said a representative from the show. After pictures of the two surfaced, netizens berated “We Got Married” for matching up entertainers who were seeing “other people.”

Fans were outraged that Oh was putting on an act, pretending to be single and choosing to partake in the mock marriage program where “single” celebrities are paired up.

Despite the network’s stance and decision, fans online say that it will be hard for them to get back in to the show.