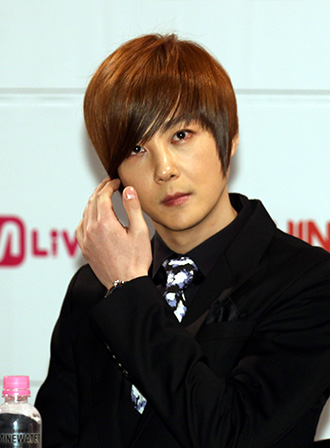 Ever the romantic idol singer, Shinhwa member Shin Hye-sung has decided to tap into his melancholy side for a “Winter Poetry” themed concert in Japan.
Live Works Company announced on Jan. 8 that the boy band member will hold showcases named after his December-released EP, in Osaka from Jan. 9 to 10 and then in Tokyo from Jan. 12 to 13.
“More than 7,000 fans will attend the show,” revealed the agency.

At the upcoming shows, Shin will sing songs contained on his latest EP by the same name.
Shin’s winter show comes three months after he held a fan meet in Japan. “Always Hyesung’s Day 2012” took place in Tokyo in October.

After his solo endeavor, Shin will join his fellow band members to celebrate the group’s 15th year in the industry in March.
By Carla Sunwoo [carlasunwoo@joongang.co.kr]