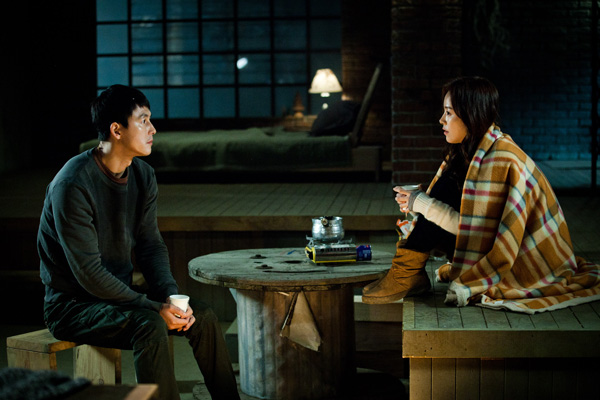 
One of JTBC network’s pioneering dramas, “Padam Padam,” is set to be aired across Japan starting Feb. 3.

The 2011 drama starring Jung Woo-sung and Han Ji-min has been given a Sunday time slot on the terrestrial network TV Asahi.

The two leads will attend a fan meet and press event on Jan. 27 in Tokyo.

The media event to take place at the Mielparque Hotel will be carried out in two parts: the first segment will be like a talk show, where the press can ask questions, play games and watch show highlights.

The second segment will be geared toward promoting the launch of the program on DVDs.

“Padam Padam” is a melodrama about Yang Gang-chil, a newly released prison inmate, and a selfish woman named Jung Ji-na.

Hallyu heartthrob Kim Beom also starred in the drama as a guardian angel looking over the two. The story was penned by Noh Hee-kyung, who has been praised for her work on “The World That They Live In” (2008) among other works.