‘Law of the Jungle’ cast to travel way down south

‘Law of the Jungle’ cast to travel way down south 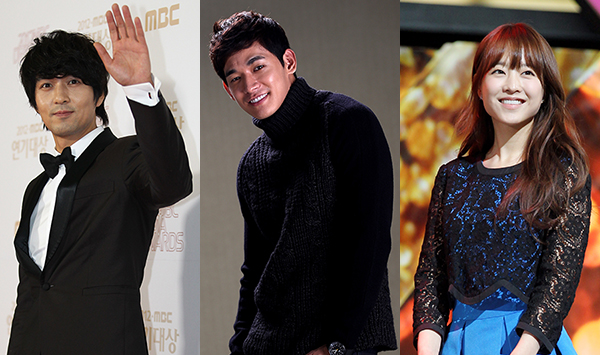 
A New Zealand special of “Law of the Jungle” will hit airwaves soon. SBS announced on Jan. 9 that ahead of the filming, the regulars Kim Byung-man, Ricky Kim, Park Jung-chul and Noh Woo-jin will be joined by three new faces.

The rookies are actors Lee Pil-mo, Jung Suk-won and actress of the moment, Park Bo-young.
The TV network said that there were reasons for why each of the tree entertainers were chosen for roughing it in the wild Down Under.

Park, though seems like a girl’s girl, hails from a military family and has a lot of tricks up her sleeve on survival.
Meanwhile, Jung was a former Marine and is ready for the toughest challenges ahead.
Lastly, Lee was picked because he has captivated TV viewers as a “soft” male character and having him on the show seemed a tad unlikely. The miscellaneous factor brought by the 40-year-old to the set will make for interesting viewing.

The team will depart for the anticipated New Zealand special on Jan. 22.