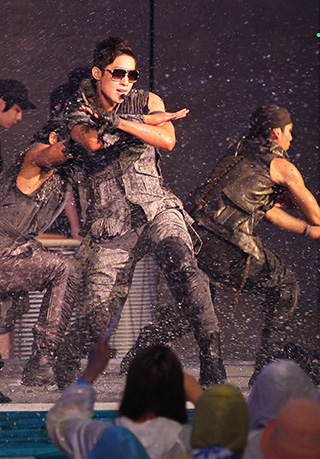 Japan is taking note of Kim Hyun-joong and his second tour there.
On Jan. 10, the widely circulated daily Nikkan Sports devoted a page to the Hallyu star’s performance at the Saitama Super Arena which took place the night before.

Introducing the tour “Unlimited,” the paper said that Kim was going from strength to strength, his show deemed even better than his Kobe concert on Jan. 6.
In all, Kim will perform at 10 venues throughout his tour.

Kim is riding the Hallyu wave high in Japan ever since he released his EP “Heat” back in July.
The song was at the top of the Oricon daily and weekly charts at the time.
By Carla Sunwoo [carlasunwoo@joongang.co.kr]