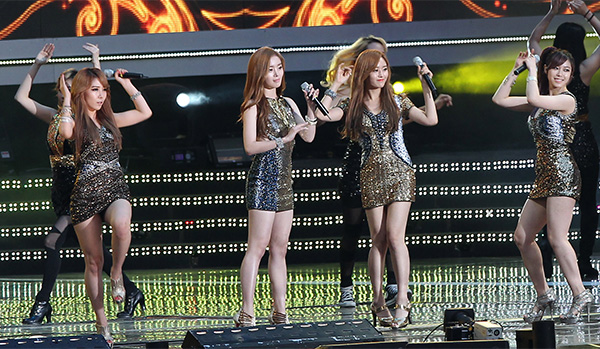 
Secret will be reunited as Zinger is tipped to perform with the other three girl group members at this year’s Golden Disk Awards to take place in Malaysia next week.

TS Entertainment announced that Zinger has been restored to full health since the car accident that left her with a broken rib.

“The group will be performing in Kuala Lumpur,” said the agency, while hinting that the group may be accompanied by other acts. “Secret, B.A.P and a few others from the agency are working on a collaborative performance.”

Last month, the girl band was travelling on the highway when its vehicle slipped on snow and plunged off the main road.

The members were taken to a hospital immediately, and Zinger was bed bound until now.

The awards ceremony in its 27th run will be held at Sepang International Circuit from Jan. 15 to 16.

The show, hosted by JTBC, recognizes artists who have sold the most albums both online and offline.