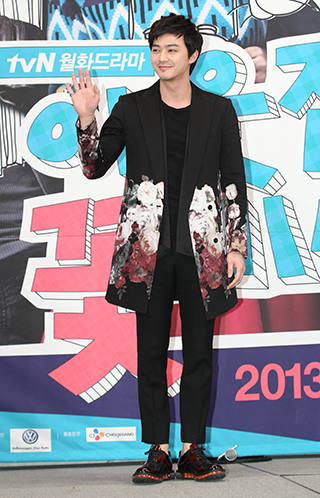 The hosts will be culinary expert Shin Hyo-sup and actor Kim Ji-hoon, who stars in tvN’s drama “Flower Boy Next Door.”

The duo will introduce some of the favorite recipes of Korean cuisine.

The concept of the program is “cook, eat and be beautiful.” Every Saturday night, the hosts will share simple recipes that anyone can try.

The main recipe for each segment will be decided according to the requests of viewers’ who said they were most interested in learning how to replicate some of the flavors they had tasted in Korea and ease of preparation.

Bibigo is also the name of a bibimbap restaurant run by CJ Group, the largest shareholder of the media company. The restaurant franchise has recently expanded into Japan and China.