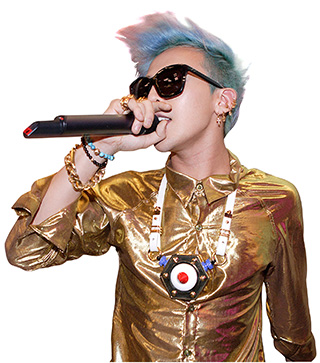 Big Bang’s soloist G-Dragon will perform at the Seibu Dome in Saitama on April 6, the Kyosera Dome in Osaka on April 20-21 and the Yahoo! Japan Dome in Fukuoka on April 27-28, according to YG Entertainment.

It will be the first time a Korean solo singer performs in the three major Japanese domes.

A total of about 230,000 fans are expected for the five concerts, the agency said.

Apart from his schedule as a member of Big Bang, the five-member boy group, G-Dragon has worked to build his solo resume. His solo album “One of a Kind,” released in September, topped several music charts in Korea. G-Dragon will hold solo concerts in Seoul on March 30-31.

Other Big Bang members are also continuing their solo activities in Japan.

Seungri recently acted for a role in a Japanese drama, “Kindaichi Case Files.” The Nippon TV drama was aired on Saturday. Daesung is poised to announce his solo debut album in Japan, “D’scover” late next month.